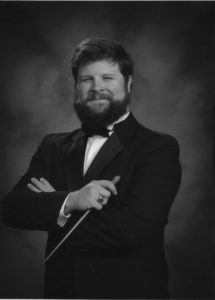 Mr. Funderburg is a native of Pell City and an alumnus of Pell City High School. He graduated from the University of Alabama with a Bachelors of Science in Music Education in 2010. While at the university, he marched with the Million Dollar Band and played in many other ensembles. Mr. Funderburg started his own saxophone quartet while in college, and sang with an a cappella group called “Subject to Change.”

He was hired as the Director of Choirs at Pell City High School in 2011. While teaching choir the program grew from 11 members to over 45 and performed at many festivals and competitions throughout the southeast. After teaching for two years he had an opportunity to teach as the Assistant Band Director and Junior High Director of Bands in 2013.

He is a member of Phi Mu Alpha Sinfonia, Alabama Bandmasters Association, and NAfME. He is currently pursuing a M.A degree in Educational Leadership at the University of Alabama. Mr. Funderburg is married to Amy Funderburg and they have a one son – John David and two dogs and two cats named Sully, Ozzy, Scout, and Beau. They currently reside Leeds, Alabama.